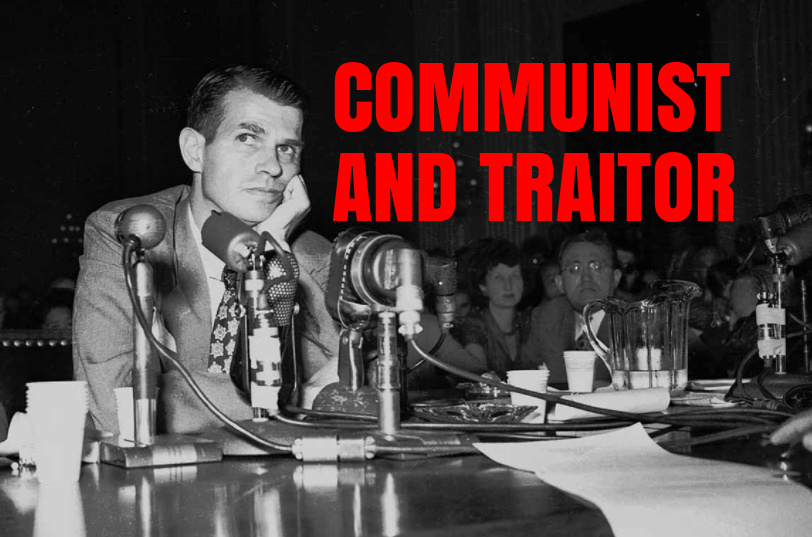 Alger Hiss was convicted of perjury, but not spying. Hiss denied he lied or was a spy to his death. Later research on records, after the fall of  of the Soviet Union and declassified documents, strongly suggest Hiss was a traitor:

The material in the Vassiliev notebooks corroborates the suspicion that Hiss was a longtime agent of Soviet military intelligence. That echoes the findings of Venona Project analysts, who concluded years ago that the code name "Ales" in the intercepted Soviet cables was "probably Alger Hiss."

The KGB files also corroborate that Julius Rosenberg, who was executed for espionage in 1953 along with his wife, Ethel, was indeed a Soviet agent.

Today Hiss would be celebrated as a hero by not only the left, but the Democrat Party.

Instapundit: Biden acts way more like Putin's puppet, Hiss was a law clerk to Chief Justice Oliver Wendell Holmes, John Birch, and Secrets are not what they used to be