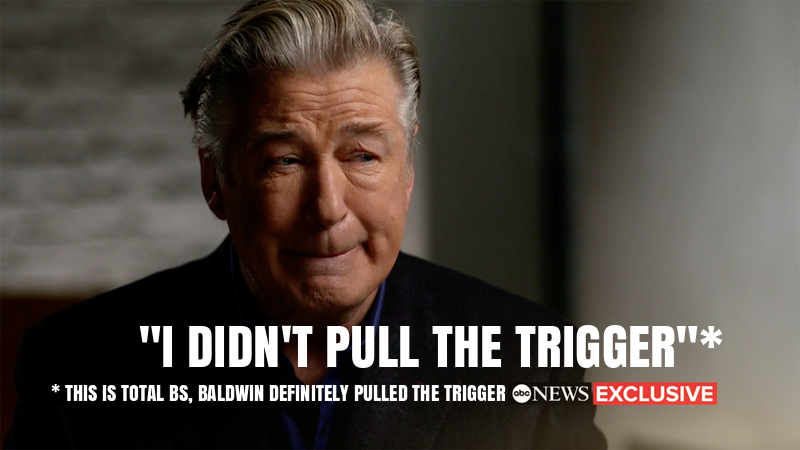 Baldwin cried to George Stephanopoulos and claims he never pulled the trigger. Bullshit.

He should listen to his lawyers and STFU. He can't do it.

Baldwin can't help but shoot his mouth off.

Mercury News: If Baldwin didn't pull the trigger, how did he manage to shoot Halyna Hutchins?


If he was thumbing back the hammer as he drew the revolver, and his thumb slipped before the weapon was fully cocked, it would be the same as if he pulled the trigger. Still careless, and doesn't excuse his not clearing the weapon when it was handed to him.

The gun he used had a halfway safety on the hammer so even if it fell "by accident" it would be caught before striking the primer. This basically nukes Baldwin's claim. Even if he did not pull the trigger, he manually sent the hammer all the way forward to the round. He shot her.

I wonder how soon Baldwin's lawyers will drop him? https://t.co/jaYGDYaQYU

I Didn't Pull The Trigger, Your Honor... pic.twitter.com/lie6yhDdV4