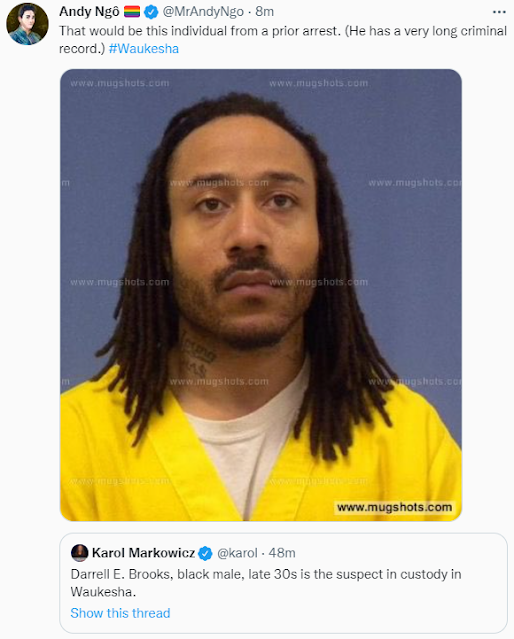 TRIGGER WARNING: 🚨DISTURBING VIDEO🚨A viewer sent in horrifying video the moment a red SUV plowed through a crowd during the #Waukesha Holiday Parade. Its currently unclear how many people have been injured. Updates to come on @tmj4 pic.twitter.com/u6q10VgTJ1— Taylor Lumpkin (@TaylorLumpkinTV) November 22, 2021

We will find out what happened soon enough. My prayers to those injured in this attack. I pray none of them die and they all recover.  Update: Sadly some died and that number will continue to go up.

Instapundit: NYT buries the story, Suspect released on bail two days before attack, Waukesha Parade Attack, and One in custody

PJ Media: One in custody

Right in front of my family, this man drives through the parade hitting as many people as possible while shooting out the window. He ran over several elderly women who were dancing in the parade and many others please pray for everyone in Waukesha

Police in #Waukesha, Wisc. say there are fatalities in the Christmas parade car ramming incident but didn’t specify how many. A person is in custody. pic.twitter.com/jJEIuOJ9G6