So How Is The Rittenhouse Trial Going 🧑🏻‍⚖️🤔 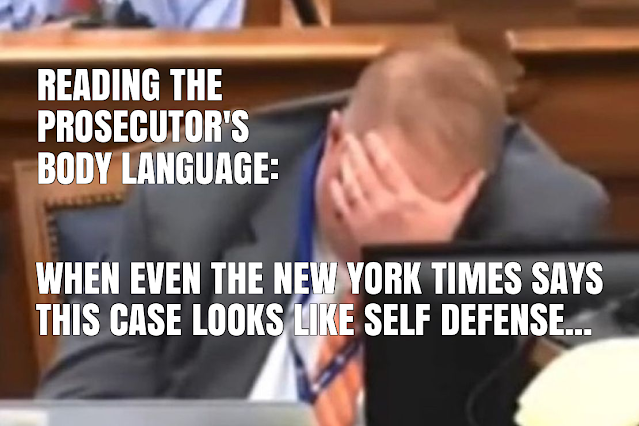 The Law of Self Defense Blog
Andrew Branca at Legal Insurrection is doing a great job monitoring the trial in live blogging it and then following up with analysis at the end of each day. The bottom line is Kyle Rittenhouse trial should have never been brought: already there is overwhelming evidence (brought by the prosecution) showing reasonable doubt and the case should be dismissed as soon at the prosecution rests. The videos show Rittenhouse was acting in self defense.

This trial is showing a 101 on how a prosecutor should NOT lawyer a case. The defense is doing a very decent job and the judge seems fair, but but this is a political show trial and that means it is still very dangerous for Kyle Rittenhouse.

TOM: When the ‘Progressive Bubble’ Bursts, Let’s Discuss the Media’s Shameless Dishonesty in the Kyle Rittenhouse Case, In The Mailbox: 11.10.21, CNN: Failure, Denial and Nostalgia

Twitchy: Tucker Carlson Goes There – “Kyle Rittenhouse’s First Victim Died As He Had Lived”
RedState: Maybe it was not a good idea to have Kyle testify
Don Surber: Media attacks presumption of innocence

Powerline: At the Rittenhouse trial 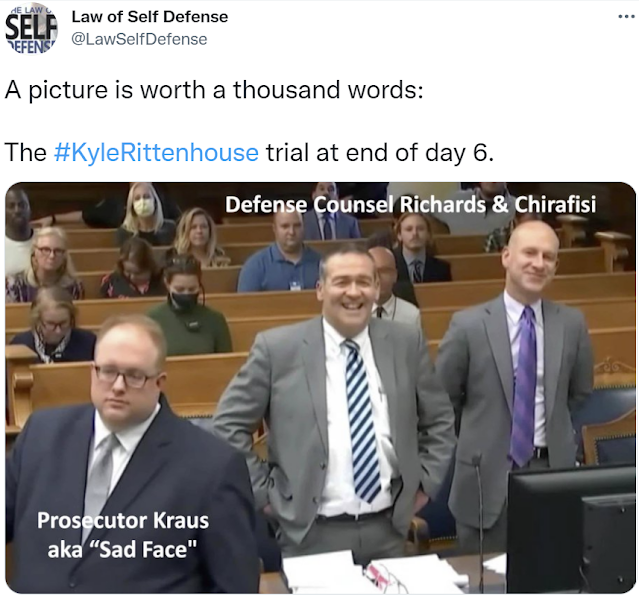 This involved the prosecution using Rittenhouse's rifle in a demonstration where it is pointed at the prosecutor:

Wait, is Alec Baldwin in the Courtroom! 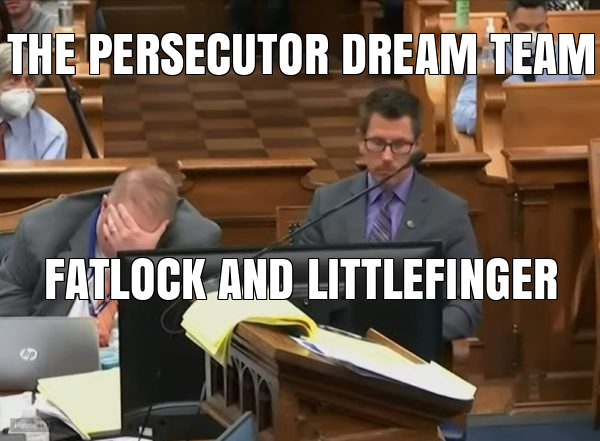 It’s over. Beyond over. The prosecutors asked a witness in the Rittenhouse trisl to change his statement. This is all under oath, on the record. pic.twitter.com/wrlb1uVZhl

The Injustice of the Gun Charge Against Kyle Rittenhouse & Why No Necessity Defensehttps://t.co/w5pnGSobbt#KyleRittenhouse pic.twitter.com/3Vt2tWemhd

Tucker Carlson: "Joseph Rosenbaum died as he had lived, trying to touch an unwilling minor."